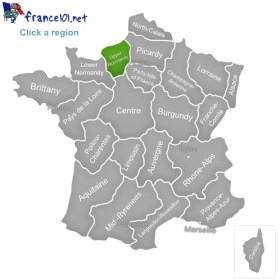 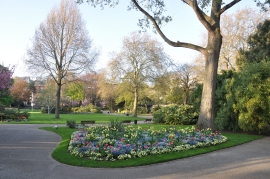 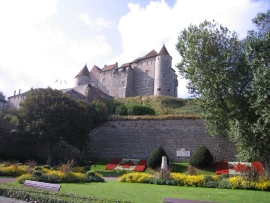 CastleDieppe - By tk (Own work)
[GFDL or CC-BY-SA-3.0], via Wikimedia Commons 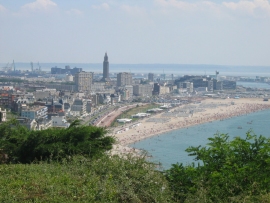 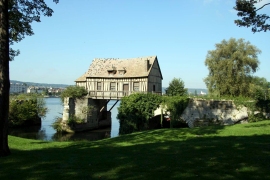 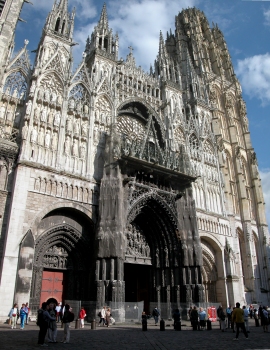 Located between Paris and the English Channel, the region of Upper Normandy has always had a strong historical and economic importance for the country of France. The region's economy is based mostly around agriculture and tourism, which means that its countryside is rich and beautiful.

Upper Normandy was heavily attacked during World War II. As a consequence, many of its cities were completely destroyed, and many of its landmarks and historic buildings were lost. Luckily, there are still many original towns, churches, and castles that can be seen and appreciated. Les Andelys, for example, is a beautiful medieval town that was mostly preserved from the horrors of war.

Other places to visit are Dieppe, one of the places where the allies landed; the Vascoeuil castle; and the gorgeous Seine Valley for anyone who loves fluvial landscapes. For those who love art, provincial villages, and gardens, Giverny is the perfect place. Located in between Rouen and Paris, this beautiful village is most famous for being the home of Claude Monet. It is here that the famous gardens that inspired so many of his paintings can be admired.

The region's largest city is, surprisingly, not its capital, but rather the port city of Le Havre. As it has always acted as the harbor for Paris, Le Havre holds historical importance. Perhaps this was the reason for the heavy attacks it endured during the Second World War, and which left the city almost completely destroyed. After its reconstruction and restoration, the city was made into a UNESCO World Heritage Site.

While in Le Havre, make sure you don't miss Saint Joseph's Church, with its beautiful example of stained-glass tower; the Hotel de Ville, from where you can see a great view of the city; the Cathedrale Notre Dame; and the Malraux Museum, which has the second-largest collection of Impressionist art. Walking around the port, or visiting the Saint Vincent district is a great way to spend a day in Le Havre.

Rouen, the regional capital and the second-largest city in the region, is also a city well worth visiting. Crossed by the Seine, and in close proximity to the French capital, the city is well known for being the site where the English burned Joan of Arc at the stake. The site of her death is commemorated by a field of wildflowers, and by the Jeanne d'Arc Church that is located close to it, and that is surrounded by restaurants and shops. A happier event that the city can claim is the birth of the famed French author, Gustave Flaubert, whose house has been made into a museum.

The site that brings the most fame and attention to Rouen, however, is the Rouen Cathedral. This beautiful building has the tallest church tower in the country, and houses the heart of King Richard the Lionheart. What brought it its widespread fame, however, were the series of paintings that Claude Monet completed of the cathedral in different lights and times of day.