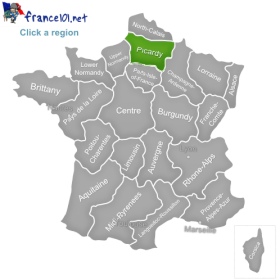 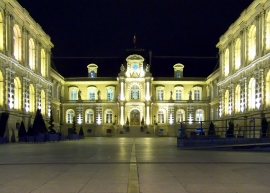 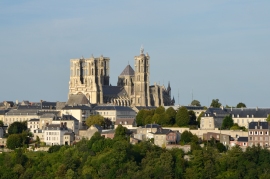 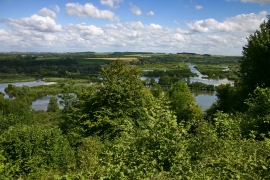 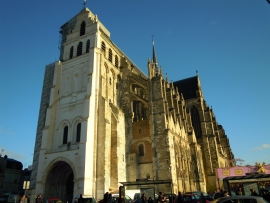 Although Picardy is often overlooked, this northern region of France is perhaps one of its most historically interesting. As a central point between Paris and the English Channel, and because of its position on the North West of the country, Picardy is one of the French regions hit the most violently by the World Wars. During World War I, it played an important role in the trench warfare, and some important battles- such as the Battle of Somme- took place on this land. In World War II, Picardy was one of the first regions to fall under Nazi occupation, and it was sadly the home of the Compiègne concentration camp.

This violent history has left the region with an incredibly strong collective memory, and a need to preserve and commemorate its tragedies. Like in North-Calais and other regions affected greatly by the World Wars, there are countless museums, memorials, monuments, and landmarks spread throughout.

In terms of history, Picardy also has one of the strongest architectural heritages of the country, and of Europe, as it is honored with being the birthplace of Gothic architecture. As it is to be expected, Gothic architecture can be found throughout the region, and the inhabitants of the region are extremely proud of the cultural legacy the region has left the world. In fact, some of the world’s finest Gothic cathedrals, like the Amiens Cathedral; the Saint-Pierre Cathedral in Beauvais; and the Saint-Quentin Basilica can be found in Picardy.

In terms of culture, Picardy is a region with a very strong regional identity. Like other border regions, the influences of other countries, and of cultural exchange have mixed to produce a delightfully unique culture. The region has distinctive musical, culinary, architectural, and linguistic traditions. The regional instrument, the pipasso, is used in traditional songs and has a clear and beautiful sound; it is accompanied by graceful dances that carry history and tradition with them. In the same way, the region’s red and white brick houses set it apart from the rest of France, since it is an architectural style that you will not easily find anywhere else in the country. It also has a beer-producing industry that is stronger than in every other region in France except North-Calais.

Some of the most frequented places in Picardy include the War memorials in Somme; the Parc Asterix, an amusement park dedicated to one of the most famous French comics; and Chantilly, known for its majestic chateau, as well as for the invention of the delicious whipped cream. Beauvais is famous for its incredible cathedral, but many visitors only pass through it to get to its international airport, which serves as Paris’ low-cost carrier airport.

The regional capital, Amiens, is a small yet beautiful city. It’s aforementioned cathedral is the largest cathedral in the entire European continent, and it is unsurprisingly the city’s main attraction. Its Circus and its Jules Verne Museum are also quite popular, though maybe not as much as its floating gardens, the Hortillonages.