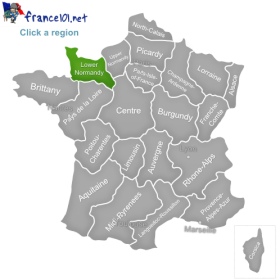 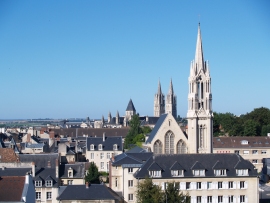 Caen_France_(28) - By DennisPeeters (Own work)
[Public domain], via Wikimedia Commons 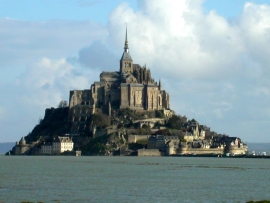 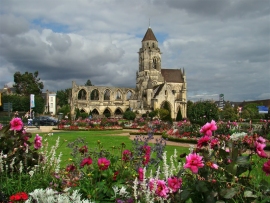 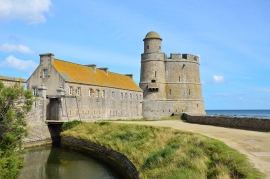 Lower Normandy is located in the Northwestern part of France. It is best known for being the site where troops landed on D-Day in 1944. D-Day beaches, and other World War II museums and memorials attract thousands of visitors every year, from famous historians to regular tourists looking to get some insight into the complicated and tragic history of the war.

The region also has an impressive literary history, with authors such as Guy de Maupassant, and Marcel Proust- arguably the most important French author of the 20th century- having once called it home. Its regional language, Norman, is one of the strongest in the country and is still widely used today.

The region is largely agricultural, which means that it is one of the leading regions for cheeses, butter, horse breeding, and cider, the regional drink. Its agricultural makeup gives the region a rural charm emphasized by its beautiful fields and farms.

Besides its beautiful sceneries, Lower Normandy counts with several small medieval villages, as well as Cherbourg, a small industrial town that was the setting for the famous French musical Les Parapluies de Cherbourg; Lisieux, the second-most important religious destination after Lourdes in the Midi-Pyrenees; and the famed Mont Saint Michel.

The Mont Saint Michel is one of the most visited landmarks in the entire country, and receives thousands of tourists year-round. It is incredibly important for the tourism of the region, since its majestic beauty and its UNESCO World Heritage site status have given it world-wide fame. This tiny island off the coast of the region is known for its impressive Abbey, which was once a prison. The rest of the island is still a medieval town, with tiny streets and beautiful architecture. Whilst there, visitors can’t miss the Gardens of La Ballue, one of the most unique and pleasant gardens in France. Eating an omelet is also a must, since it is the specialty of the island.

In sharp contrast to the rural landscape of Lower Normandy, its capital, Caen, is a quite active city. As a university town, it has students from all over France and Europe, and a lively city life. Most of its architecture is very modern since a great part of it was destroyed during World War II, but it still has examples of Romanesque architecture, such as the Men’s and Women’s Abbeys; and medieval architecture. In fact, the Caen Castle (Chateau ducal de Caen), which once housed William the conqueror, is one of the largest medieval castles in the continent. The city also has a fine arts museum and the Memorial for peace, a museum dedicated to World War II and the Cold war.

Normandy is a mere two hours away from Paris, so visitors can get in from the French capital or from Tours by bus or train. It is also possible to get in by taking a ferry from England and crossing the canal. There are no airports in the region, but visitors can always come in through one of the airports in the nearby regions.