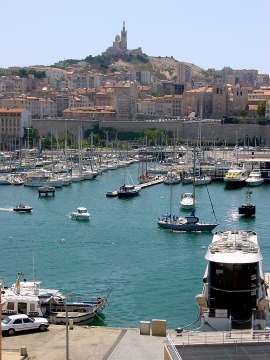 1024px-Marseille_hafen - By Thomas Steiner
[GFDL or CC-BY-SA-3.0], via Wikimedia Commons 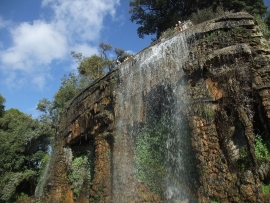 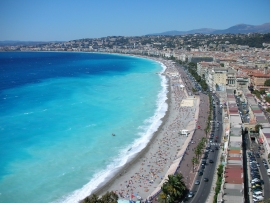 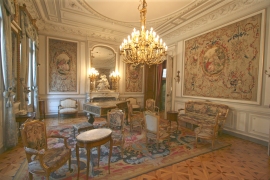 Salon-de-musique-Grobet-Labadié - By Robert Valette (Own work)
[GFDL or CC-BY-SA-3.0], via Wikimedia Commons 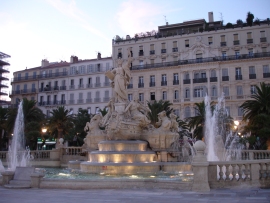 Perhaps one of the most famous and most visited regions, Provence-Alpes-Cote d'Azur is incredibly rich and diverse. It is bordered by Italy, the Mediterranean Sea, and Monaco, which gives it a distinct Mediterranean lifestyle that has influenced its cuisine, architecture, and culture.

The postcard-worthy landscape and nature of the region are famous worldwide. The beautiful lavender fields color the region with a purple hint, and give it a special scent that has been captured in soaps, perfumes, and decorations. The majestic Alps decorate the southeast of the region, providing both breathtaking views, and a perfect place to enjoy some winter sports. The French Riviera coastline, with its impossibly blue sea and its colorful architecture, is the most famous coastline in the entire country. The territory of Avignon, well-known for being a former papal territory, is home to several historically important landmarks, and the place for Picasso's first Cubist painting: Les demoiselles d'Avignon.

Provence-Alpes-Cote d'Azur is also dotted with small towns and places that are not as famous, but that are incredibly beautiful. In fact, the best way to travel around this region is by car, since it will give you the freedom to see and experience the countless villages like Arles, Digne-les-Bains, and Luberon that color the countryside, and that have inspired many artists like Van Gogh and Monet.

Besides the Alps and the French Riviera, Provence has incredible places to witness the beauty of nature. The Mercantour National Park, and Saint-Jean-Cap-Ferrat, for example, have gorgeous hiking trails; Mont Ventoux, the region's largest mountain, offers views unlike any other; the Verdon Gorges are the perfect place to kayak and hike while delighting in the river canyon's unique color. There are also the Saint Cassien and the Sainte-Croix lakes for water sports and a quiet summer vacation; and the Hyeres islands in the Mediterranean, for a perfect escape.

In terms of cities, Provence-Alpes-Cote d'Azur has some of the most famous and beautiful cities in the entire country. Nice brings in visitors from all over the world who want to experience the charm of the French Riviera; Cannes' film festival is one of the most important and prestigious in the world; Saint-Tropez is a favorite playground of the French elite; Aix-en-Provence, a large university town, is considered an important art hub; and Marseilles, its capital, is the second-largest city in the entire country.

Considered one of the best cities in France, Marseille is a great place to work, study, or visit. It is located in the Mediterranean, so there is the typical joie de vivre of the seaside, combined with all the perks of a metropolitan area. The city has many university students, and has the second-largest immigrant populations in France, which adds even more color, diversity, and interest to its markets, neighborhoods, and streets.

When in Marseille, make sure you visit the Vieux Port, where you can see fishermen earning a living; the Notre Dame de la Garde, where you can get a view of the city; the Panier, which is the oldest area in the city; and the Chateau d'If, which was built on a small island and which plays an important role in Alexandre Dumas' Count of Monte-Cristo.