0 Corsica Diaspora around the world 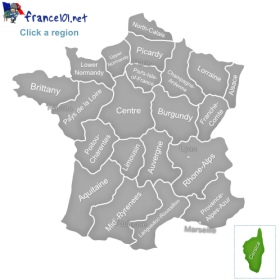 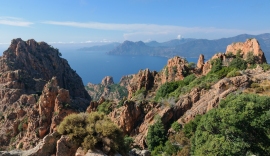 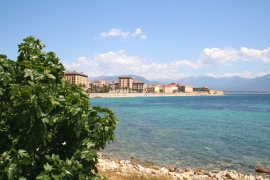 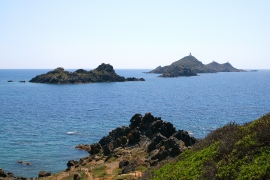 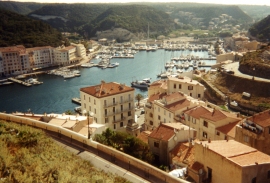 Bonifacio - By Traroth (Self-published work by Traroth) [GFDL or CC-BY-SA-3.0], via Wikimedia Commons 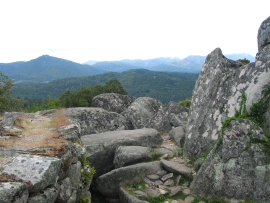 Because of its history and geographical location, Corsica is one of the most interesting and unique French regions. As a little island located on the Mediterranean Sea, west of the Italian peninsula, Corsica is the only French region that is not located within the Hexagon of mainland France.

Corsica shares a complicated past with France. Because of its regional separation from the mainland, its Italian past, and the eventual conquest by the French, many Corsicans don’t feel like they are actually French. In fact, Corsican is one of the strongest regional languages in France, and Corsicans take pride in being quite different from other French regions. This difference is also recognized formally by the French government, which gives Corsica greater autonomy than any other French region.

This Mediterranean island is often called the island of beauty, and it is easy to see why. Surrounded by the gorgeous blue of the Mediterranean Sea, and containing green mountain ranges to contrast it, Corsica has incredibly diverse landscapes. Visitors can enjoy its pristine beaches, which have been largely protected and preserved, participate in watersports such as scuba diving and sailing, and go on hikes and long-distance walks on its mountains. In fact, a large part of the island is dedicated to its natural park, the Parc naturel regional de Corse. This natural park protects many endangered plants and animals- some of which are only found in Corsica, the Scandola Nature Reserve- which is named a UNESCO World Heritage Site, and the famous GR20 hiking trail- which is considered one of the best trails in the entire European continent.

The capital of the region, Ajaccio, is most notable for being the birthplace of Napoleon Bonaparte. Though there is not much to see in terms of city life, Ajaccio remains an interesting city where beach lovers can enjoy the perfect vacation enjoying the sun, the water, and all the benefits of escaping a busy lifestyle. Besides Napoleon’s house, visitors can look for the lighthouse, the Genoese tower- a symbol of the island’s historical ties with Italy, and incredible hiking trails.

While in Corsica, visitors should also enjoy the island’s very unique cuisine. Because of its Italian influence, its Mediterranean location, and its variety of species, Corsican food has a very particular taste. Chestnuts and oak nuts are one of the main ingredients in many of the local dishes, especially pastries, and wild boar is a regional favorite along with seafood and Corsican pork. The region also produces its own wine, which always goes excellent with a local Corsican meal.

Getting to Corsica can be expensive, especially if you come into the island by plane. The region has four airports but flights to these airports are not very frequent and usually have very high prices. Another way to get into the island is by boat from mainland France or Italy, which takes a bit more time but is not as expensive.

Corsica is the perfect region for anyone interested in incredible nature, a beach vacation, a look into Europe’s and France’s history, and lovers of all things unique.