0 Limousin Diaspora around the world 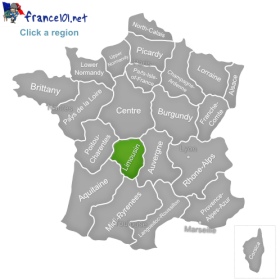 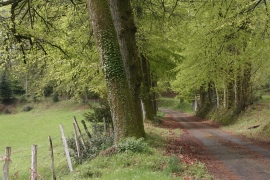 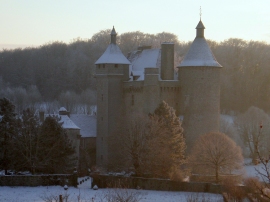 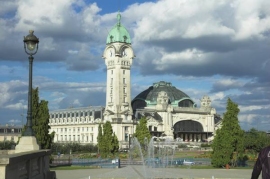 LimogesStationTower - By Stephen Brown (Own work)
[CC-BY-SA-3.0], via Wikimedia Commons 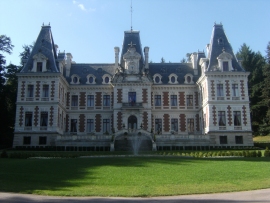 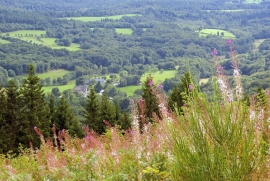 The central French region of Limousin is a calm, mostly rural region where you can enjoy a calmer pace of life. As the second-least populated region in the country, Limousin can’t offer visitors a vibrant city life or busy streets where they can get lost in the waves of people. Anyone looking for this kind of experience will be better off going to the capitals of some of the neighboring regions. For those looking to get away from the busy streets where everyone is anonymous, and get lost in the small pleasures of a quieter life, Limousin offers that irreplaceable charm of rural life.

Unlike in other French regions where Occitan is a regional language, Limousin does not have a strong movement for the preservation of this language and culture. However, it still preserves its traditional music culture impressively well, and instruments used by the Celts such as bagpipes are still widely used throughout the region. This unique appreciation for tradition brings in visitors who are looking to get a look into older French customs.

The region is also popular with European expats looking to set up a second home in the hexagon, and even some that are drawn to the quiet charm of the region so much they make it their permanent home. This is the reason that, in an otherwise small region, you will find many international expats, and a melting pot of different European cultures.

As is to be expected of a farm region, Limousin has some of the world’s best-known beef, whose quality and tenderness have earned it an extremely high status. For lovers of meat, a visit to France would not be complete without at least a taste of this delectable beef. Another product that has earned the region a name is its French Oak, which is widely used in the winemaking process as a way to give wine a distinct and enjoyable taste.

The region has three major rivers, the Charente, the Vienne, and the Dordogne. These rivers add fluvial beauty to Limousin and its rural landscape, and also offer residents and visitors a chance to do some water-sports. Following the character of the region, these sports are not extreme like jet skiing, but rather more tranquil sports like fishing.

Some of the region’s most important towns include Saint-Junien, Ussel, and Panazol. It is undeniable, however, that the regional capital (and the biggest city in the region), Limoges, is the most lively and important city in Limousin.

Once a widely industrial city, Limoges still makes some of the world’s best porcelain and has several important industries. Some of the city’s most important landmarks include several Medieval, Gothic, and Baroque churches such as the Limoges Cathedral and the Saint Michel des Lions church; the 17th century Chateau de La Borie; and the Gallo-Roman amphitheater that speaks to the region’s ancient history.

The region is not served by any airport so the easiest way to get in, other than by car, is by train. There are also bus lines that can take you into some of the major cities, especially Limoges.